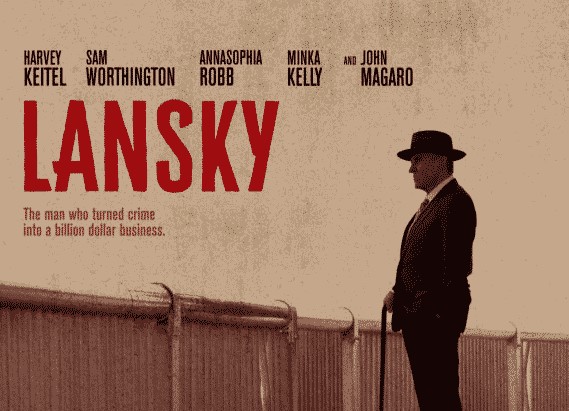 Meyer Lansky is perhaps the only iconic American gangster. Upon him was bestowed the arguably dubious honor of being killed off in an American gangster movie before he himself actually died.

In “Lansky,” Harvey Keitel, now in his eighties, plays Lansky in his Miami twilight years in the early ‘80s. His performance is the only legitimate reason to sit through this tiresome, cumbersome treatment of the man and his world.

The frame story couching Keitel’s work is problem number one. Rockaway gives us the stories of two men rather than the story of one. The other guy is a broke journalist named David Stone. Whom Lansky has sort-of commissioned to write a book on him, to be published after his death. Stone is a character in the macho-journalist mode. When he’s not on a pay phone making empty promises to his ex-wife and young daughter about alimony payments or money for braces. He’s gawking at the young woman in the bathing suit lounging by his motel pool. In the exchanges between Lansky and Stone, Keitel might as well be talking to a wall, albeit a wall with a mustache.

These exchanges are alternated