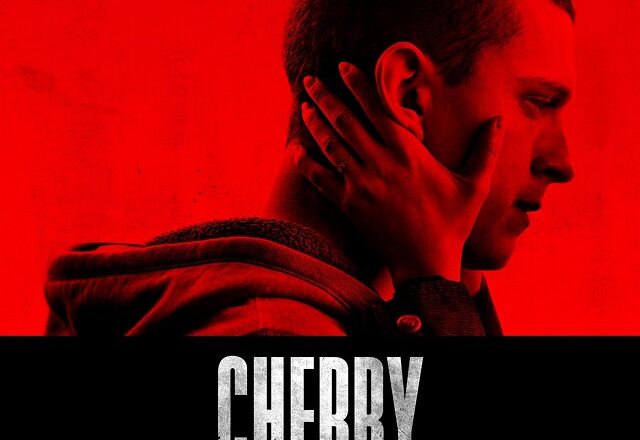 Cherry is a 2021 American crime drama film directed by Anthony and Joe Russo.

Starring fellow Marvel universe alum Tom Holland, Cherry tells the story of an unnamed young American man (played by Holland), documenting his life from aspiring college student to deployed soldier in Iraq to opioid addicted veteran forced into a life of crime to feed his habit back home.

Cherry is something that you will have seen in film before, and crucially, you will have seen it done much, much better. Cherry isn’t necessarily over the top in its depictions of the core elements like war trauma and drug addiction, but it isn’t particularly nuanced either.

At almost two and a half hours in length, the film doesn’t actually feel insufferably long.There is a distinct, quite stilted divide in the three main parts that I’ve highlighted, pre war, war, and post war. Visible Tarantino-esque chapter titles are thrown up to dictate a shift in the story, but again it just feels like a style choice made for no valid reason. There are individual impressive moments dotted across the narrative, but not nearly enough to make this movie truly any good.